Log in
Please insert your credentials
Providing a high quality service ... from 100 years 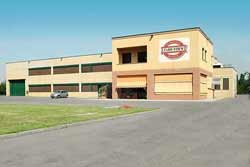 The Bilzi family has been producing and ageing Parmigiano Reggiano since the beginning of the last century.
It was Oreste Bilzi who first decided to dedicate himself to the management of his own dairy in a small village in the Parma Valley, in the early 1900s. The Second World War and a series of unfortunate events forced the family to give up the dairy, thankfully to Oreste’s grandson, who at the time, was only a child. He inherited his grandfather’s love of all things to do with cheese, and showed an early interest in agricultural studies at school.
So it was with his knowledge acquired at school, the trade secrets passed on by his grandfather and thorough first-hand experience that Oreste decided to set up Zabo Form in the sixties. The firm has moved on in the last forty years, and whilst the ageing of Parmigiano Reggiano can still be considered its core business, other traditional products from the Emilia Romagna region have been added to the product range in order to provide a complete service. Today, Oreste passes on invaluable advice and suggestions to his children, who have decided to carry on the family business; time will only tell whether his same passion is passed on to his grandson, who as fate would have it, is called Oreste. 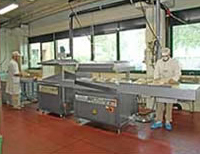 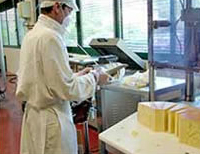 Il Casale di Parma holds two important certifications: Quality Management System awarded in 1999 by the DNV; registration as an alimentary firm with approved hygiene standards authorised to supply provisions to the American Armed Forces, since 2000 for the packaging of hard cheeses, extended to cured meats in 2001.

What is said about us

Telegraph Weekend 15/06/2002
"... Arriving at the Zabo Form family business on the road between Parma and Langhirano, the prosciutto capital of the world, we are greeted by Enrichetta (Ketty) Bilzi, her brother, her parents, her sister-in-law and her tiny niece. ..."
"... The Bilzi family sells only the best. Prosciutto and Parmigiano are examples of slow food - traditionally reared, grown, produced and protected in Italy with the help of the 'Slow Food' movement that I wrote about some months ago.
The Bilzis sell the absolute slowest. Prosciutto is generally sold after 12-15 months of curing. They sell theirs at a minimum of 18 months with, Ketty believes, a more 'determined' flavour. ..."
"... Parmigiano is matured for at least 12 months, though the average is 18-24 months. The Bilzis age some for three or four years. ..."

Telegraph Weekend 22/06/2002"...Ketty Bilzi, who has brought us to this remote farm in Emilia-Romagna, matures her family's Parmigiano Reggiano for up to four years, imbuting it with a flavour well beyond the younger models. ..."


"... In the maturation rooms of Ketty's family business - known to the world not by family name, but as Zabo Form - 40.000 cheeses are arranged in tiers on wooden shelves. ..."

Ageing is extremely both a delicate and difficult process; it involves slow natural ripening characterised by bacterial and enzymatic alterations directly dependent on temperature, humidity and the conditions maintained on the premises.
Zabo Form is fully equipped to satisfy these requirements as it boasts an ultra-modern conditioning system which guarantees constant conditions programmed according to the season and other variables that have been determined over the years. 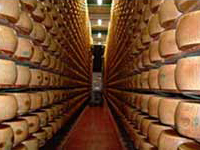 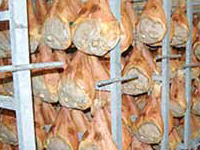